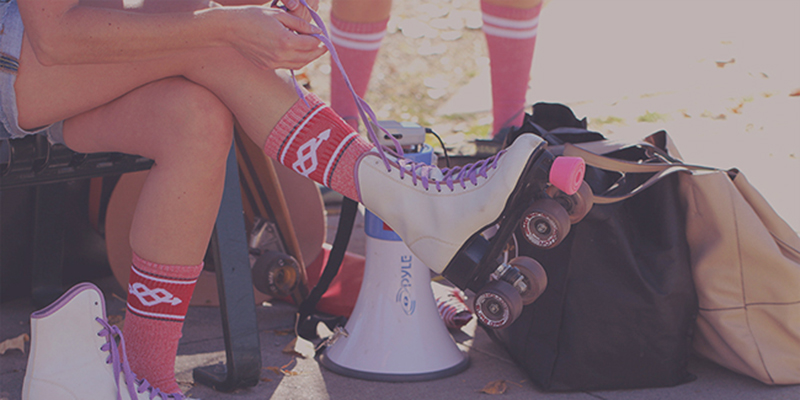 Über-comfy Bombas socks are made with the reminder to ‘Bee Better’ stitched into the inside of each pair. They’re a company that believes little improvements can make a big difference [...]

Über-comfy Bombas socks are made with the reminder to ‘Bee Better’ stitched into the inside of each pair. They’re a company that believes little improvements can make a big difference — making them an obvious partner for our Cupid’s Undie Run socks for the 3rd year.

For our latest ‘Coffee with Cupid’s’ blog post, we wanted to chat with Dave Heath, Bombas’s Co-Founder & CEO, to learn more about what inspired them to be so great, and to find out why they’re excited to work with Cupid’s again this year.

Dave: I really don’t drink coffee, I prefer a juice, matcha, or kombucha.

C: How did you first hear about Cupid’s?

D: A friend of mine ran in one of the first runs and introduced me to the organization. At the time, Cupids was doing branded underwear, but no socks – so I thought it would be fun to collaborate on something together. That same friend introduced me to Chad, and the rest is history.

C: Have you ever participated in a Cupid’s Undie Run?

C: What does Bombas mean and how did you decide on that name for your brand?

D: Bombas is derived from the Latin word for bumblebee. Bees live in a hive and work together to make their world a better place. They’re small, but their combined actions have a big impact on the world. We liked that. Bombas was started to help the greater community, and we strive to show that something small can make a big impact – whether it be a really comfortable pair of socks, or giving a much requested item to those who need them the most. That’s why our mantra is bee better – which is knit on the inside of all of our socks.

C: And you donate a pair of socks each time a pair is purchased, right? What inspired you to do that? 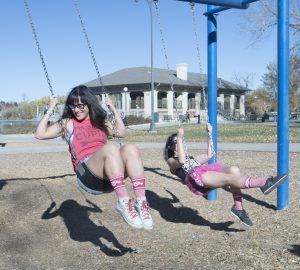 D: I first came up with the idea for Bombas after learning that socks are the #1 most requested clothing item at homeless shelters. As soon as I heard that, I wanted to do something about it. This was back in 2011 when the give-back business model was gaining a lot of attention – so I thought if other companies can use a similar model to donate shoes like Toms, or glasses like Warby Parker – I can use it to solve this problem that most people don’t even know exists.

I knew in order to donate a lot of socks, we’d have to sell a lot of socks, and to do that, we’d have to create something better than anything else out there. So we set out to re-engineer everything about the sock from the toe-seem up, and the result is the best socks in the history of feet. More importantly, since officially launching in 2013, we’ve donated more than 6.5 million pairs to those in need.

C: That’s incredible! Did you see that coming so quickly?

D: We announced our 5 millionth pair of socks donated in December, which was just a year and a half after donating our millionth pair. And now, we’re up to 6.5 million! We originally thought it would take 10 years to donate a million pairs of socks – so we are thrilled and humbled with the impact we’ve been able to make in a much shorter time than initially expected.

C: Even with everything you do, you still partner with nonprofits like Cupid’s — so what inspires you to be so generous?

D: Bombas was founded on this idea of community and inclusivity – so we try to help wherever we can. There are so many incredible organizations doing really important work out there. We love that Cupid’s not only makes an impact, but also has fun while doing it.

C: This February, there will be thousands of people running through the streets in their undies and Bombas socks. There’s never been a more comfortable run!