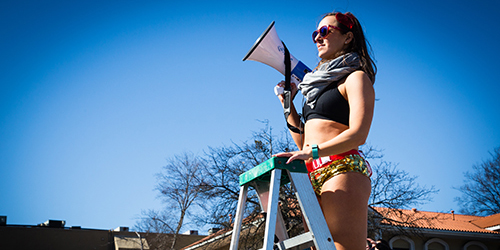 The Cupid’s Community is a vibrant group of do-gooders who are out to make a difference and CURE NF! This month we’re highlighting one of our most determined and loved Cupid’s [...]

The Cupid’s Community is a vibrant group of do-gooders who are out to make a difference and CURE NF! This month we’re highlighting one of our most determined and loved Cupid’s Undie Run Race Directors — Hannah Shaw! 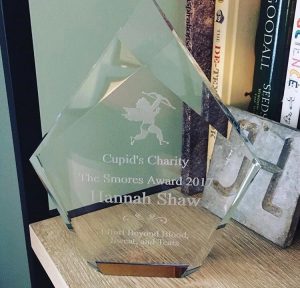 We recently sat down with Hannah to learn a bit more about why she loves Cupid’s and how she sees the future of Cupid’s Undie Run in Atlanta.

Where are we at right now?

Octane Grant Park here in Atlanta. They’re a strong Atlanta brand and I love this place. It was recently featured in [the movie] Baby Driver.

I haven’t seen it but my husband has and really liked it.

Then he’s going to love this video. They map out the car chase.

What are you drinking right now?

Are you NF affected?

No, not directly, but through a high school friend, I am. Drew was like my little brother.

How did you first hear about Cupid’s?

I went to high school with Brendan (one of the founders) and when Cupid’s started in 2010 in D.C., I was already volunteering with the Tumornators in Atlanta. In October of 2011, Chad called me to say that they were bringing Cupid’s Undie Run to Atlanta and that I was to be the Race Director. I was like, “you got it!”

Atlanta was one of the first expansion cities. There were no guide books or veteran RDs to talk to about the event. Griff [co-RD] and I hadn’t even met yet. We had to learn each other’s working styles and such.

Right now we’re going into our 7th year in Atlanta and we’ve grown so much. Our first year we only had $23,000 raised, but every year it’s been nothing but growth and investment and FUN!

We are only $182,000 (I believe) from hitting $1 million raised in Atlanta. It’s something that I’m really proud of… that we can do something like this.

What do you remember most about your first Cupid’s Undie Run?

The first year was the coldest year we’ve done it [CUR] in Atlanta. It was 37 degrees. It dropped to 17 degrees for the run and we had to shorten the route. I remember standing at the turnaround point in leggings and undies, a sports bra and wings, holding a megaphone yelling at people to turn around. It was so cold!

What do you wish everyone knew about NF?

That it’s more common than you think and it really, really sucks. You can look at someone and you would never know that they had NF. They could be going through the biggest struggle of their life. Watching Drew and seeing everything he went through was awful.

These families are so strong and so incredible, I’m really looking forward to a time when we don’t have to do Cupid’s anymore because we found a cure. 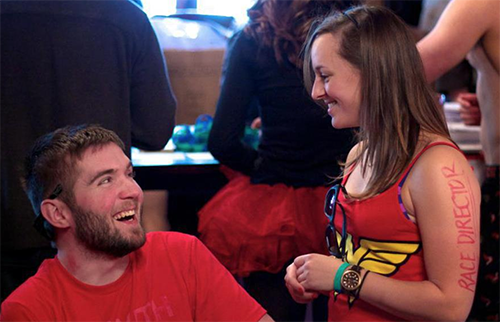 Who in the Cupid’s community has touched your heart the most?

I have to give a shout out to Fran [Drew’s mother]. Talk about someone who is so strong and so amazing! Losing Drew was hard for the entire community, but everything that Fran continues to do for the community, to fight and support and love, it’s unwavering and truly amazing.

My family – parents, siblings, and husband – they’ve all given me so much love and support as I stand in my underwear in front of thousands of people.

I also need to give a shout out to our bar where we host the event. Big Sky goes out of their way for us with things we didn’t know they could do. They really kick butt and take names!