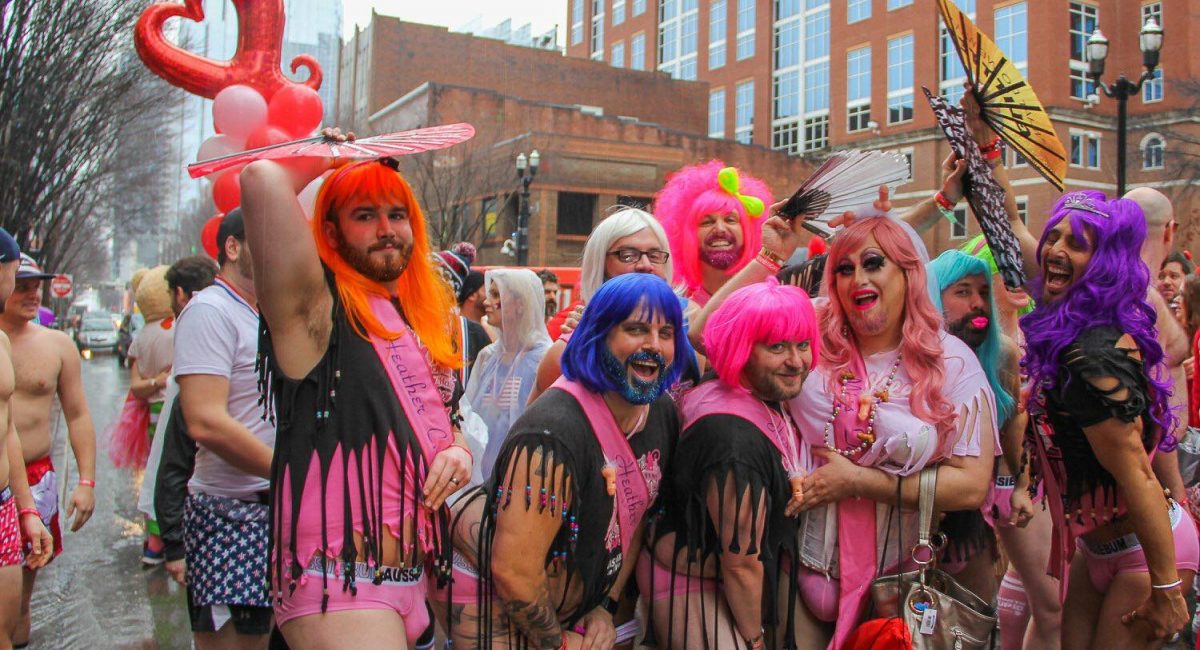 Say hello to Jeremy Dykes, a Cupid’s Undie Runner and Nashville BEAR-ly Brothers team member. The costume-killing aficionado told Cupid’s what pride means to him, plus the inside scoop on [...]

Say hello to Jeremy Dykes, a Cupid’s Undie Runner and Nashville BEAR-ly Brothers team member. The costume-killing aficionado told Cupid’s what pride means to him, plus the inside scoop on Nashville Pride Month. 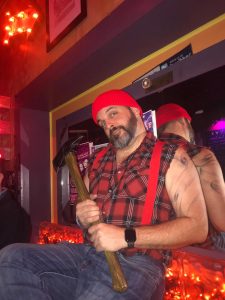 Starting off with the hard questions, what does Pride mean to you?

The easy, very generic answer is that Pride is being able to live life as your authentic, undisguised self without fear or concern for harassment or reprisals. More personally, it’s doing things I want to do in the way that I want to do them and not worrying about what naysayers and prudes might say or do. Pride is raising money for a great cause in a pretty uniquely gay way at our annual “Cupid On Stage” drag show. It’s also a dozen burly gay men showing up for Cupid’s Undie Run in neon wigs and crop-tops as Nashville bachelorettes one year, then donning leather harnesses and fur hats to form a team of sled dogs the next.

Most of all, it’s just being unashamed of who you are, what you do, and why you do it. 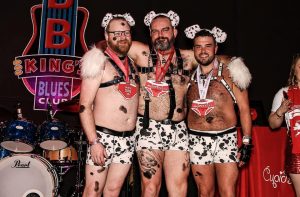 Give us the dish on what brought the BEAR-ly Brothers together.

Quite honestly, the BEAR-ly Brothers’ initial draw to Cupid’s Undie Run was seeing a promo and just thinking it looked like a fun event that was right up our alley! None of us were familiar with Neurofibromatosis (NF) or the Children’s Tumor Foundation (CTF), we just decided that running around town in our skivvies for a great cause sounded like a fun way to spend a Saturday afternoon.

Our first few BEAR-ly Brothers groups were drawn almost entirely from the rugby team I was playing with, along with a few supporters. In fact, our team was actually named “Nashville Grizzlies” the first couple of years! When I retired from the game and our Cupid’s crew became more diverse, we changed the name to BEAR-ly Brothers, a riff on the LGBTQIA+ community’s bear subculture that many or most of the team identifies with. 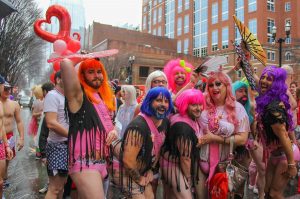 Would easily have to be Cupid’s Undie Run 2018.

A bit of background: Nashville has been a tourist destination for decades, which is a great thing. We’re a Southern city in every sense and love to have company over to visit. We’re routinely in the top few in lists of “America’s Friendliest Cities.” Come over, pour yourself a glass of sweet tea, kick off your shoes, and sit a spell!

Bridal magazines frequently name Nashville a top destination for bachelorette parties, and the city has been under siege by hordes of hens ever since. It’s become a local sport to hate on the bevies of Becky’s, thus we did Cupid’s Undie Run ’18 dressed as Nashville bachelorettes. The costume contest that year was 100% no contest!

What has your experience been like being a part of the LGBTQIA+ community in Nashville?

Nashville’s LGBTQIA+ community is undeniably smaller than, say, Atlanta or Dallas. We boast six gay and lesbian bars as opposed to dozens in larger cities. We don’t really have a coherent “gayborhood” that would parallel Boystown in Chicago, the Castro in San Francisco, or the Village in NYC. We haven’t even had an LGBTQIA+ bookstore for nearly a decade. That said, our community here is active and thriving with multiple sports league teams, numerous non-profit organizations, and tons of fundraising events.

Outside of our four metros, being an out person can be intimidating, if not downright dangerous. Our community cringes every year when our General Assembly puts together the session’s “slate of hate,” the name we’ve given to the perennial raft of anti-LGBTQIA+ legislation they try to push. But, the city of Nashville could hardly be more supportive. Nashville’s Mayors and city government are uniformly supportive of the LGBTQIA+ community, working to support organizations and events, promoting pro-LGBTQIA+ policies, and making appearances at Pride. Even Nashville’s representation at the state and federal level comprises individuals that are vocal supporters of the LGBTQIA+ community and its priorities. 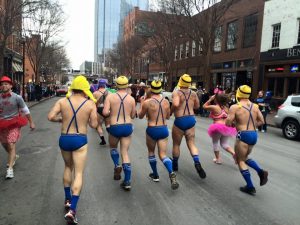 Do you have any plans for celebrating Pride this month?

Well, Nashville’s Pride, normally scheduled in mid-to-late-June got bumped to September this year, thanks to Miz ‘Rona! Personally, I don’t view that as a bad thing, since Nashville in June is, well, moist. In September, there’s a better chance the temperature and humidity might be of something other than the “wet blanket” variety.

So, Pride Month 2021 is a bit anticlimactic. As it turns out, our own Pride getting bumped wasn’t too bad all things considered. Our usual Pride weekend has been taken by Nashville’s single biggest charity event of the year, the Iroquois Steeplechase. That’s our version of the Kentucky Derby and a fundraiser for Vanderbilt Children’s Hospital. With the de facto dress code for Steeplechase practically being “human easter egg,” we’re basically having a not-Pride-but-still-gay Pride Saturday!

Looking for places to get involved with the Nashville BEAR-ly Brothers community? Keep an ear out for the annual Cupid On Stage x DIVA’S Benefit Drag Show for the Children’s Tumor Foundation!

Congrats! You just earned 20% off Cupid’s Undie Run 2022. Use code PRIDE at checkout.